Monday 2 September 2013, was a normal day… my life was busy! My eldest daughter Isla (5) had just started school, and Beth (3) had started attending preschool in the mornings. Life consisted of drop offs, and pick-ups, and feeding my adorable placid 5-month old baby Isabella. Life was hectic but good!

I attended a mother and baby group in the morning, rushed back up the road to collect Beth, and the rest of the day followed as normal… until… I was sweeping the dining room floor as my husband, Colin, was putting the girls to bed upstairs, suddenly my wrists got really tight, it was as if someone had just put a really tight elastic around them, and wouldn’t stop squeezing. I became short of breath, I knew immediately something was wrong.

I called my husband, and told him how I was feeling. I thought if I went out into the garden that might help my breathing, but it didn’t. I said to Colin, that something serious was going on, he better call an ambulance. He ran through to our neighbours, and Lesley came through to look after the girls upstairs. I remember sitting on the sofa, and my left arm getting sorer and sorer, and thinking I feel like I’m going to be paralysed, as I could hardly move my hand. I really did think I was maybe having a stroke.

You’re having a panic attack

The paramedics arrived, and were very nice. In front of them sat a 38-year-old slim, fit healthy woman, complaining of pains her arms, really sore wrists, and felt like there was something heavy on her chest… they reassured me, and said to stay calm, I was probably having a panic attack!

I remember thinking, I’ve never had a panic attack in my life, why would I be having one now!

They did the necessary checks, and said yes that everything was fine. As I sat and watched them pack their gear away, I said something was wrong. The paramedic said they could do an ECG to reassure me, if I liked, I said yes. I had started to shake and remember the paramedic say, I needed to be still for the ECG to work, it would be fine, I was just having a panic attack.

Once they carried out the ECG the whole atmosphere in the room changed, the paramedic asked me if I was allergic to aspirin. They took Colin aside and told him I was having a heart attack.

I was blue-lighted to the Edinburgh Royal. And admitted to the CCU. Colin and I were in total shock when they said I had had a heart attack.

I was 38, fit and healthy, how could I have had a heart attack? I was taken to the cath lab for an angiogram the next morning, where I baffled the doctors, as my arteries were clear. I remember the locum cardiologist ask me a few times if I had taken cocaine… which I thought was hilarious… I had 3 children under 5, when did he think I had time to take cocaine!

He concluded that this was just really bad luck, that it wouldn’t happen again. I was discharged on the Thursday on aspirin, statins, ramipril, and clopidogrel.

I am very lucky and will always be indebted to my family, especially my siblings and nieces. My oldest sister had flown over from Ireland to help Colin look after the girls, and my brother and his girlfriend came across on the Sunday to take over, my sister was due to fly home on the Mon.

I was exhausted, but positive that I would be OK. I would get there, it was just one of those things that happens.

‘I was a 38-year-old slim, fit healthy woman, complaining of pains her arms, really sore wrists, and felt like there was something heavy on her chest… the paramedics reassured me, and said to stay calm, I was probably having a panic attack!’ 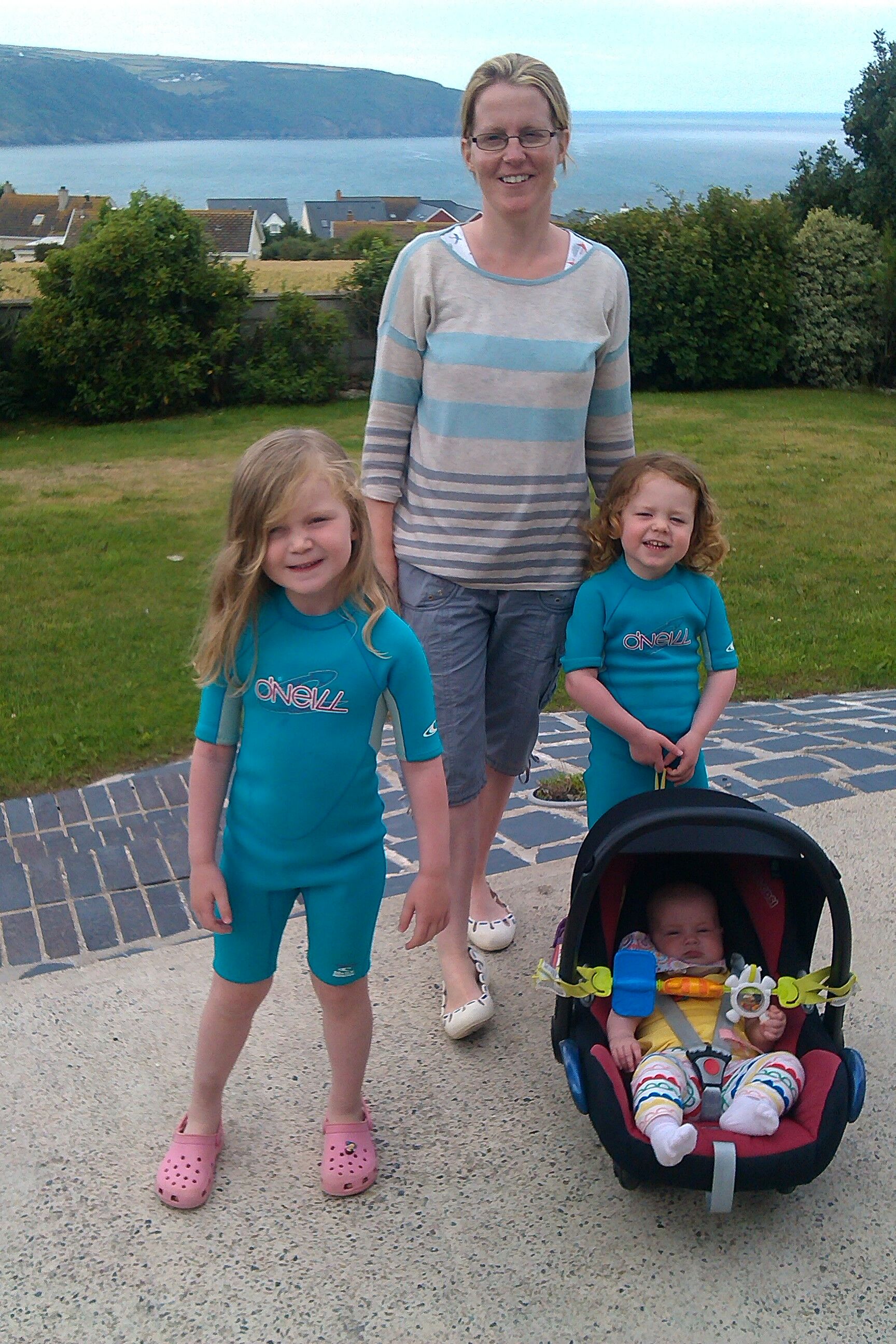 On Sunday night, my arms started to get sore again but I thought it was my arm being sore from the angiogram, then my chest started to hurt. I was lying in bed thinking, I think it’s happening again… but the cardiologist said it was just bad luck… it wouldn’t happen again. I took my nitro spray, it didn’t help, I took it 3 times in total and it didn’t help.

I woke Colin and told him, it was happening again! I put my dressing gown on and went downstairs, and waited for the ambulance to arrive.

The pain in my arms and chest were getting really bad. I was admitted again to CCU, where lying listening to monitors beeping caused by my heart rate being so high, coupled with intense pain in my arms and chest, I really did think I was going to die. I had another angiogram the next morning, and this time they saw the dissection, I was lucky, one of the cardiologists in the cath lab had seen one before. Before I left the cath lab he told me that I needed to remember not to take HRT or hormone-based contraception at any stage in the future.

I was kept in for 5 days, and my new cardiologist explained what a SCAD was. I was very tired, sore and emotional. I hated being away from the girls. Isabella was being weaned onto solid foods, and I felt like I was missing a big stage for her. Ridiculously, I was also afraid she would forget who I was!

When I was discharged I was told that I would see my cardiologist in 3 months, and that someone would be in touch about cardiac rehab. Colin took 3 months off work, and my sister flew over from the US to help us. My nieces also came and helped. I don’t know how we would have managed without their help, and the emotional support from my other family members on the phone. They did all the drop offs and pick-ups from school, and preschool, and looked after Isabella. Initially I couldn’t even lift her.

I built up my walking over a few weeks, and remember what a huge accomplishment it was when I made it round the block. I attended cardiac rehab, and did find it helpful, but I was feeling VERY frustrated that I was being treated like any other heart attack patient, and how little that was known about SCAD. I was becoming very angry at the fact that some professionals in the rehab team were not ready to admit that they didn’t know how to treat me.

I was referred to the psychologist at cardiac rehab, and found these sessions really beneficial.

Over the next few months/year I was admitted to hospital a few times with chest pain, I was told it could be adrenaline, indigestion, anxiety, but they couldn’t see how it was my heart. At times I really did feel like they thought I was imagining things.

This was the most frustrating part, people looked at me, looking young, fit, didn’t have anything wrong with my arteries… why would I be complaining of chest pain, unless it was in my head?

I realised that my chest pain usually occurred around the time of my period or if I was stressed.

My energy levels were up and down. If I overdid it, I would be useless the next day. I often just had to go to bed.

Talking to an expert

I got accepted to the BHF research at Glenfield in Leicester, and travelled down by train to see Dr Abi Al-Hussaini. It was such a relief to chat to her. She confirmed that my chest pain was real, I was experiencing cardiac spasms, and they could be hormone related.

It was like a weight being lifted off my shoulders, to finally talk to an expert, and just the acknowledgement that my symptoms were real. I think that was probably a turning point for me. I could get on with my life, I knew that I would get cardiac spasms in the future, but at least I now knew what they were, and that they were related to my cycle.

5 years later and I am off all my meds apart from nicorandil, and aspirin. I asked my cardiologist to refer me to Dr David Adlam (in Leicester), but this has not happened due to the cross-border bureaucracy.

2 years ago I learned to swim, and took part in a 2.5km swimathon. Last year, I completed the half moon walk in Edinburgh. Life is good, my energy levels are good. I have started working part-time again as an EfL teacher.

Finding the SCAD Facebook support page was a lifeline. No matter what time of the day it is, there is always someone to listen, someone who gets it. I have met up with some other SCAD survivors in Scotland over the past year, and that has been amazing, they are all so supportive.

I still get cardiac spasms, but not every month, and sometimes they catch me by surprise, and scare me, but I always have my nitro with me. I have learned to listen to my body, if I need to rest I need to rest. I have only had one trip to hospital in the last 2 years. Life is good. 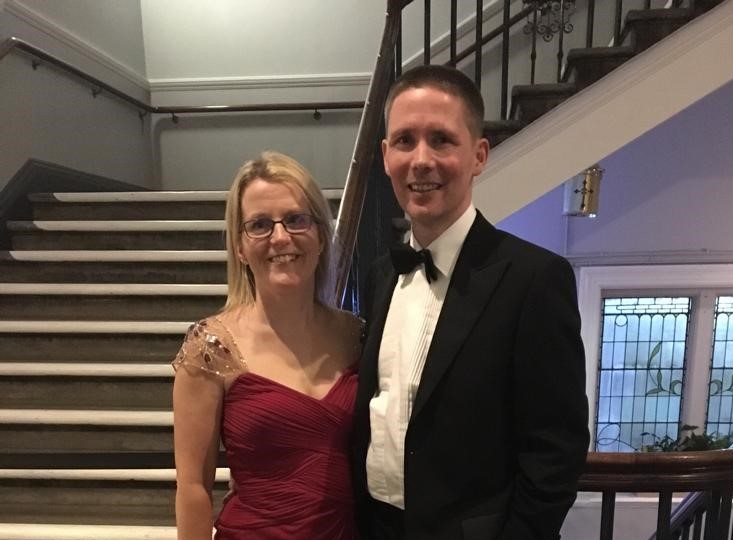 ‘2 years ago I learned to swim, and took part in a 2.5km swimathon. Last year, I completed the half moon walk in Edinburgh. Life is good, my energy levels are good. I have started working part-time again as an EfL teacher.’