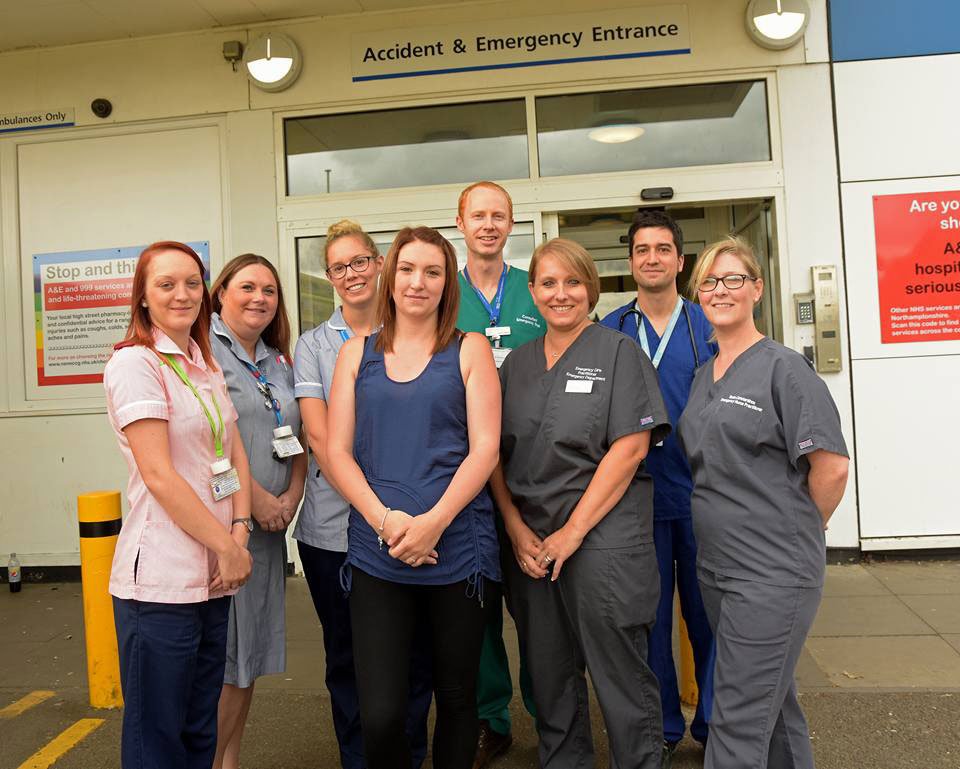 Robyn was 27 when she had a SCAD, two weeks after her third child had been born.

She and her fiancé Paul were on the way to see a band they thought they might book for their wedding when she began to feel unwell. She felt hot and had a pain in her arm. Her mother tried to reassure her that she was just having a panic attack because it was the first time she’d left her new baby.

The feeling didn’t pass so Paul talked to his step-father who’s a paramedic and his advice was to go to A&E. Paul raced to Northampton Hospital with Robyn slipping in and out of consciousness in the car. Robyn remembers little of the car journey.

Robyn said: “When we got there, I started to feel pain my chest and shoulder. The pain took my breath away. I wanted to drink some water but when I reached for the glass, I couldn’t feel it in my hand.”

As they got to A&E, Robyn collapsed and her heart stopped. She was rushed to resus and about 40 minutes later a doctor told Paul and her mum to prepare for the worst and to call any family down.

Paul said: “Within moments the family room was filled with all our closest relatives. Me and her mother were taken through and she was hooked up to a Lucas CPR machine, cold to the touch. Her mother began shouting to her and we both spoke to her.”

Initially, emergency doctors suspected she’d suffered a massive pulmonary embolism, a blood clot caused by her recent pregnancy. Her heart had stopped and she was not responding to treatment. 22 members of A&E staff carried out CPR, battling to save Robyn’s life.

After more than an hour of fighting to get her heart working again, the A&E team revived her.

Then Robyn went for a CT scan, which showed no blood clot, so they then looked at possible cardiac problems. She was rushed to Kettering Hospital where there is a specialist heart centre, and the cardiac team confirmed that one of Robyn’s coronary arteries had torn as a result of having a SCAD. She had six stents inserted into the artery.

Robyn and Paul had the chance to meet and thank some of the A&E team who saved her that night.

Northampton emergency medicine consultant Dr Tom Odbert said: “Robyn was extremely lucky to be in hospital when she collapsed where she had immediate, aggressive and persistent resuscitation, and a transfer to a heart attack centre promptly for definitive treatment.

“The combination of the severity of her illness, its rarity, the positive outcome, and the way we all worked together so well as a team all stood out for me. Getting the chance to meet up with her and her family afterwards was a privilege that we do not often get in emergency medicine.” 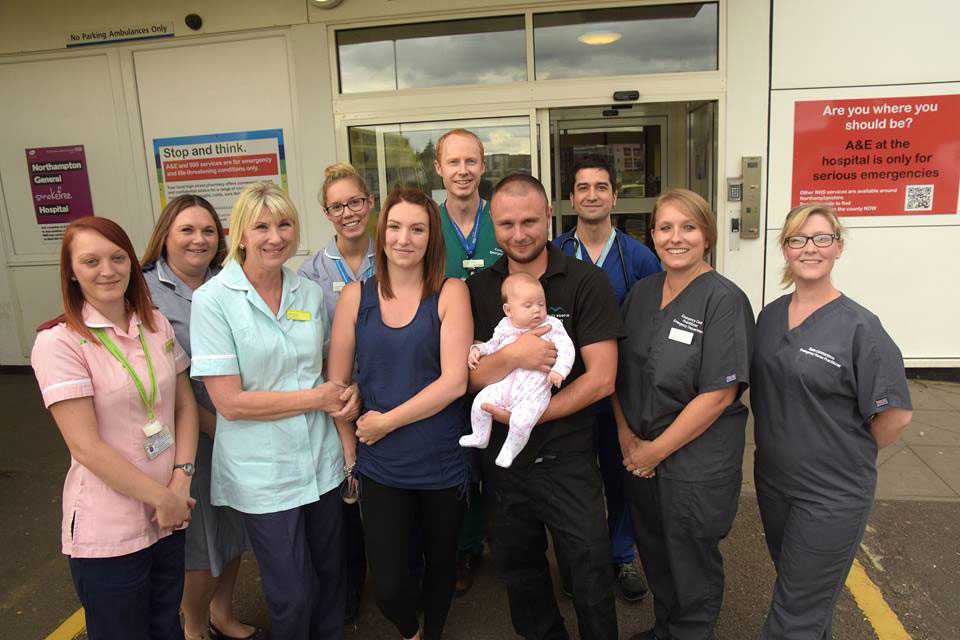 Robyn, her fiancé Paul and their baby Rosie with some of the A&E team who helped save her life