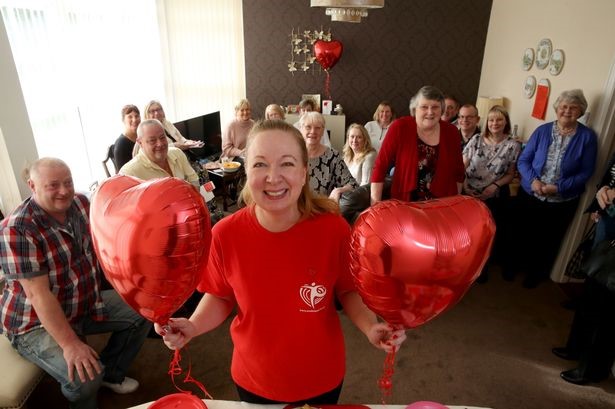 Paula Leadbeater, who had a SCAD seven years ago, and her mother in law Barbara Lord have raised a fantastic £500 by hosting a Scones for SCAD event. The event was held at Barbara’s home near Huddersfield.

In 2010 Paula was on her way to watch her daughter perform at a drama production when she collapsed. She had five cardiac arrests and was given CPR for 12 minutes until the paramedics arrived.

A week later she woke up in Leeds General Infirmary to be told the cardiac arrests were caused by Spontaneous Coronary Artery Dissection (SCAD). She considers herself lucky to have survived – there was a 30% chance she could have died and a 30% risk of brain damage, but she has “come through it pretty much unscathed”.

Thanks to Paula, Barbara and everyone who contributed to the success of the event.