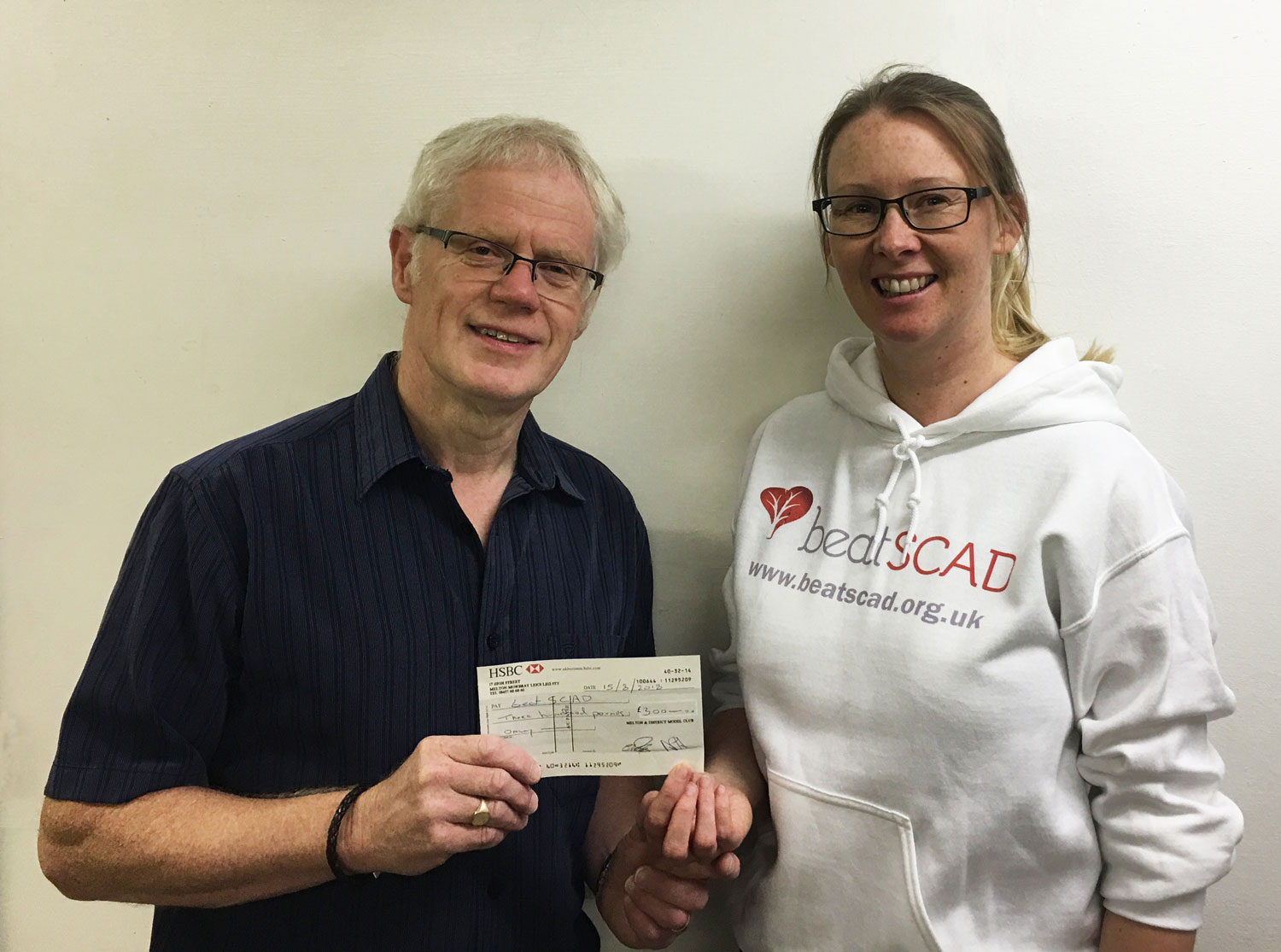 Beat SCAD Chair Rebecca Breslin has been presented with a cheque for £300 by Chris Savidge, Chairman of Melton and District Model Club (MDMC) following the MDMC Show that took place on 28-29th July at Asfordby Amateurs Football Club near Melton Mowbray, Leicestershire.

This is the second time MDMC have supported Beat SCAD at their annual show – previously in September 2016.

Rebecca said: “It was another fun weekend at the MDMC Show. The weather was quite mean again, which grounded most of the model aircraft on Sunday, sadly. But there was still plenty to see and do in the sports hall, where the Beat SCAD team stayed warm and dry!”

Rebecca attended the two-day event and was helped on the charity stand by her husband Liam and fellow SCAD survivors and Beat SCAD volunteers, Jacqui Hughes and Tracey Conlon.

The Beat SCAD stand was busy with a variety of games including Splat the rat, Mystery bottle, Guess the sweets, Name the unicorn and Fastest cube. Congratulations to the winners and thanks to all who visited our stand. 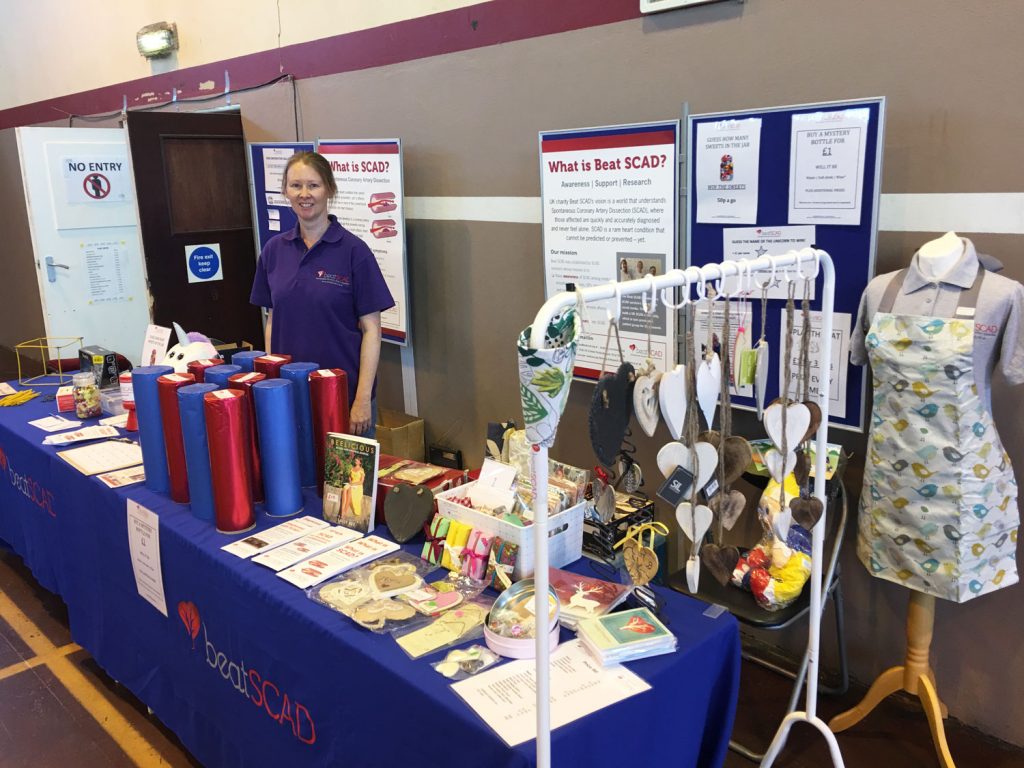 Rebecca continued: “Thank you to MDMC for inviting us and for boosting funds raised to £500. Beat SCAD are working towards the next research donation so this is a great help to add to the pot. Thank you to everybody who helped and made the weekend another enjoyable show.”