I am 51 years old, married with two daughters 15 and 13. On 1 April 2017 I woke up about 8am and texted someone about something that had been niggling at me just to clear the air and I did not expect a reply as I thought the person was on holiday.

They rang me straight back as they were on the way to the airport. It’s not really important who or why but during the conversation I got a bit anxious which I sometimes get when I am at a business meeting or in a room full of strangers, butterflies is the only way I can describe it. Then I started getting palpitations. I had finished the conversation by this time and I felt a crushing pain under my ribcage on the left hand side of my chest which spread down my arm. I tried to lie down to relax and it felt worse. By this time my husband had come back into the room, I said I thought I was having a heart attack and he said it’ll just be a panic attack. Then I started getting breathless and tried to walk around and it kept getting worse.

I said to my husband “You need to ring somebody NOW!” he rang the NHS line and I seriously thought I was going to die when they started asking questions. They told my husband to get me an aspirin and dissolve it in some water and said they had called an ambulance and it was six minutes out. I took the aspirin and felt less breathless but still had a pain in my chest, left underarm and down my left arm.

Then the ambulance came and they did an ECG which was normal. They said it looked normal but they wanted to take me to hospital for a blood test because they couldn’t do that. They put me in the ambulance and they gave me some nitro spray which relieved the pain in my chest but I still had pain under and down my left arm. After the spray worked I knew something had happened but they didn’t really tell me anything so I was thinking it was angina or something.

I arrived at A & E around 8.45am and they did another ECG and took some blood. I had to wait an hour and a half for the result and the Troponin level was 11 and they said something had happened but they didn’t know what and that they had to repeat the test after three hours. I still at this point thought I would be going to the pictures at 7pm as planned with the family.

After three hours they did another blood test and the Trop level was 260 I think. They then knew something was wrong and they kept me in. I was waiting for an angiogram but the machine had been broken the day before. I was referred to other hospitals in the area but they were all full. I eventually had the angiogram in Lincoln on 19 April and had two stents fitted. I was diagnosed as having SCAD at that point. I was referred to Leicester for investigation.

To be honest this is a total life-changer. I have never had any medication or anything to deal with previously. The girls, especially the eldest, are worried it will happen to them and while I was in hospital they all truly struggled with both the worry and having to do everything I would normally do. I feel that it will be a little better when we get more answers from the Leicester research programme, but you no longer feel infallible and worry continually about travelling and stress and trying to take it easy and everyday life in general. 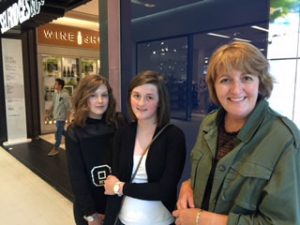 Louise and her daughters in August 2017

On my release from hospital I contacted the SCAD Facebook groups. I find the groups very helpful because all the members are coping with similar things and you don’t feel isolated or as worried because there is always someone there who has experienced the issues you are dealing with. It is an invaluable support mechanism. 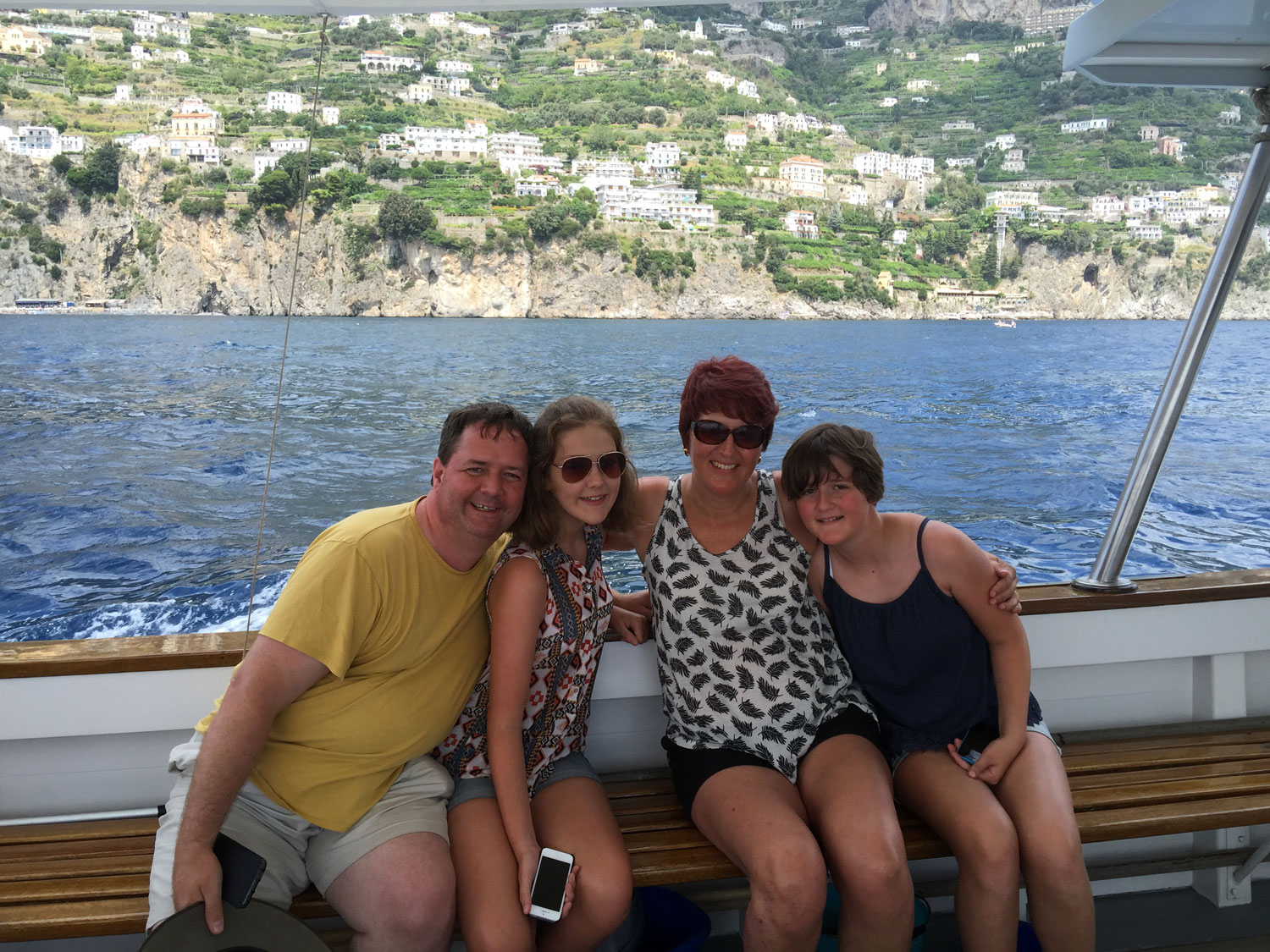