I had my SCAD on 6 November 2013. It came completely out of the blue when I was at my work. Apart from mild asthma years ago, I had no previous health problems. One minute I felt fine, the next minute I felt nauseous, warm and faint.

I tried to carry on as normal for a few seconds before experiencing extreme crushing chest pain. I sat down feeling dreadful and confused as to what was happening and then the chest pain subsided not long after. My work colleagues were brilliant with me and remained very calm. I do remember someone saying I looked grey and maybe it was a panic attack. I then sat down for a while and felt much better but decided to go home early.

Once home I tried to rest as I felt very tired but for some reason I just couldn’t relax. I then began to feel nauseous and my left arm felt numb although I put this down to a fall I’d had a few days earlier when I’d slipped on wet grass. (Maybe I just didn’t want to think it was another classic heart attack symptom as I couldn’t imagine this was happening to me?)

I phoned my friend and asked her to drive me to the health centre nearby. After briefly talking to me, the GP then called an ambulance to get me checked out at hospital. The next couple of hours were a bit of a blur as I had numerous ECGs and then a blood test finally showed that I had in fact had a heart attack, which was a huge shock to me. The doctor who told me said she was really surprised because of my age (40). 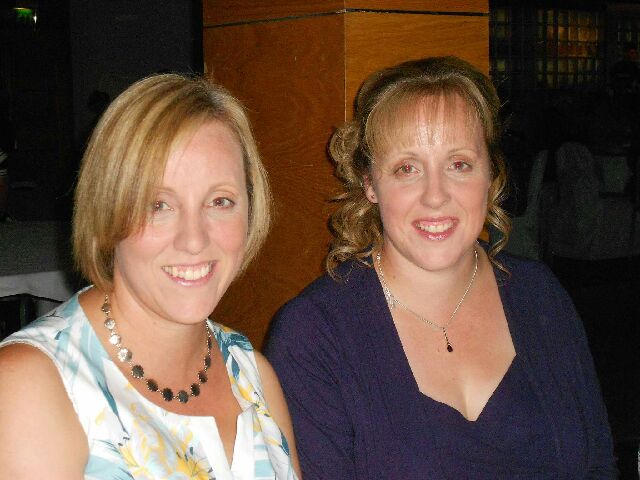 A blood test finally showed that I had in fact had a heart attack, which was a huge shock. The doctor said she was really surprised because of my age (40).

I spent a week in hospital being monitored and went through numerous tests and also had an angiogram which eventually revealed it was SCAD. I was told this was a very rare condition and that in fact my arteries were in perfect condition and the heart attack had been caused by a tear in the artery and not the normal risk factors associated with heart attacks. I was later told they don’t know what causes this to happen. I was also told the tear would heal itself. I now realise I was lucky in that I required no surgery or stents and only left hospital with daily medication to take.

I attended a cardiac rehab class for ten weeks and although much of the information was not directly relevant to me (as it was for normal heart attack patients) as my cholesterol etc was normal, I still found the class helped with my confidence.

On a visit to hospital a few months later, the cardiologist told me he has treated thousands of patients but I was only the third patient he has treated with SCAD. I am therefore keen to raise awareness of SCAD. I still get moments when I worry it could happen again as I don’t know why it happened to me, but I do try to live my life normally. I am now back full time at work and take daily medication.

A few months after my SCAD I was able to get back to enjoying my hobby of playing in a brass band and we raised money for SCAD research and the BHF a year later. I have also taken part in many other concerts, competitions, parades and a concert trip to Germany post-SCAD.

My friends and family have been a great support to me and my twin sister Karen has researched online about SCAD. We were both delighted to attend the first ever UK SCAD conference in 2015 and the launch of BeatSCAD.

In July 2018 Jennifer and her twin sister Karen, walked the 96-mile West Highland Way and raised a fantastic £1,695 for Beat SCAD.