When I was 45 years old. I was diagnosed with SCAD. I had no warning signs, it came out of the blue. This is my story.

On 5 March 2017 I was rushed to my local A&E at Ayr Hospital in an ambulance as I had chest pains.

The night before I had been breathless during the night and I had been sick. I was used to this so I didn’t worry.

When I arrived at the hospital it was around 2pm it was extremely busy and I had to wait in the A&E corridor for an hour and 15 minutes before a cubicle was available.

When the doctor got to me at around 6pm she said I had a chest infection (I am prone to chest infections as I am asthmatic). I explained that the pain was in the middle of my chest and got worse when I lay flat on my back. I also said it was a different pain to the one I get when I get a chest infection, it felt like an elephant was crushing my chest.

However, the doctor listened to my chest with a stethoscope and said there was a bit of a rattle and sent me for a chest X-ray.

They then concluded that it looked like a chest infection and just before 9pm I was sent home. I had to order a taxi to get home as my husband doesn’t drive. I was discharged with antibiotics and steroids for a chest infection.

When I got into the taxi the driver looked at me and said “Should you be going home?” as I looked unwell. Just before we arrived home I told the taxi driver that I thought I was going to die that night!

My husband was waiting for me when I got home, he commented that I shouldn’t have been let out of hospital as I looked so ill.

How did this make me feel?

When I arrived in A&E I felt really vulnerable as I was alone and I was angry about the time it took for the doctors to see me as they were busy.

The paramedics had said I may have to go to Hairmyres Hospital as they deal with heart conditions. However, the doctors in A&E didn’t listen to me when I was describing the pain in my chest and I knew it wasn’t the same pain as I get when I get a chest infection.

I went to bed but was in so much pain I couldn’t sleep, I couldn’t lie down on the bed because of the crushing pain in my chest, I cried all night. I ended up sitting up on the edge of the bed with a pillow on my knees lent forward and a blanket wrapped around me. This was the only way I could get comfortable.

My parents’ dog lay at my feet for most of the night as she could sense something was wrong. I did eventually doze off and when I woke up it was daylight and all I could think was ‘I am still alive’. I really felt that I was going to die that night.

I was extremely tired, my parents came around to collect their dog and I then went back to bed as I was exhausted. I managed to get comfortable by propping myself up with pillows and I slept on and off all day and the pain subsided.

I managed to get back to normal for several days I assumed it was over, I started to feel a bit more like myself but didn’t know what was going to come.

Confused and in pain

Then I got the most terrible pain in my left arm, it was too painful to describe in words and I was sick. I had also became confused. I remember going to an appointment, got there on time but when I was approached by a staff member, I kept saying I had an appointment with her, rather than saying the name of the person I’d gone to see.

She asked me if I was all right, my reply “I don’t know”. By this time other people noticed I was not well. I managed to get an emergency appointment with my GP that afternoon. He checked my arm and suggested it was carpel tunnel syndrome as my wrist had also swollen up at this time and said it was nothing to worry about and gave me some cream to rub in.

My GP’s diagnosis didn’t reassure me, however I felt I just had to get on with things.

The next day was a Wednesday and the pain in my arm disappeared and I was feeling a bit better. My mum came around and helped me with some gardening and I was fine. Then after dinner I was sorting out the recycling and I totally lost the feeling in my right hand, I couldn’t grip anything, I went to speak with my husband but I couldn’t speak.

I wasn’t thinking clearly and got up to go back to what I was doing and I collapsed by my table and fell to the floor.

My husband had by this time called my niece, who thought that I might have had a stroke and suggested we call for help. I called NHS 24 and found it really difficult to communicate with the nurse on the phone due to my slurred speech. My husband was with me and spoke to them. They were not happy with my speech and symptoms and told us to hang up and open the front door as an ambulance was on the way.

I was taken directly to Crosshouse Hospital and was seen immediately by an A&E doctor who carried out lots of tests and came back and said he was confused as I was showing signs of two different things.

I was later told by the nurse I was to be admitted to the stroke unit, but later on that day I was taken to the coronary unit. I was then really confused as to what was wrong and what was happening.

I had lots of tests including an ECG and echocardiogram. I stayed at Crosshouse Hospital for five days and my cardiologist told me I was being transferred to the Golden Jubilee Hospital in Glasgow for further tests, including an angiogram.

Later on that night my consultant came to see me and explained everything, saying I had a tear in my left anterior descending artery and this had caused me to suffer a heart attack and a large thrombosis formed in my heart but part of it broke off. This caused me to have a TIA which was why I was showing symptoms of two different things.

Lucky to be alive

The consultant explained I was lucky to be alive. If I hadn’t come in when I had, I wouldn’t have made it.

The following day the doctor came back to see me. I was doing my hair at the time and as I turned round I nearly fainted when I saw six people standing in my room! They had all taken an interest in my case as it was a rare condition they had not seen before.

When I was discharged from hospital, they hadn’t said it was a SCAD but a tear, but when I looked at my discharge letter it was there right at the top – SCAD. I didn’t need stents or a bypass and was given medication. I was relieved.

When I was back at home it took a while to sink in but over time it has got better. I started to go to cardiac rehabilitation. This helped a lot. It was made easier as I knew some of the other people who attended. It was a three-month programme and I found this really helpful. 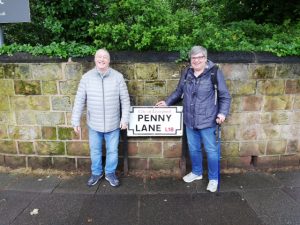 My advice to anyone who has symptoms that you are concerned about is if you feel something is wrong and you don’t get a response keep on at the medical staff and keep asking.

When my hand went numb I was petrified, I was really scared when I could not speak or smile I knew something wasn’t right. I didn’t understand what was happening.

When the paramedics arrived I was relieved as they were friendly and I know one of them and they reassured me that I was going to be OK.

When I arrived a Crosshouse Hospital I was reassured I felt they were taking me seriously and I started to relax.

My husband felt scared that I was going to die in front of him. He was angry when I was discharged after my first visit to A&E as I was obviously unwell and he thought they should have done more.

When I was rushed to A&E the second time it was a completely different story, they kept him informed as to what was going on and reassured him I was in safe hands. It made all the difference to the pair of us to be listened to and have people reassure us and explain what was going on. My husband doesn’t drive and Crosshouse Hospital arranged transport to get him home when I was stable. They kept him informed and showed compassion and concern service was good.

Several months later I went back to see my cardiologist. He was happy with my progress and kept me on the medication I had been given. I was told I needed a further echocardiogram. This was to check that the blood clot was gone and my heart was functioning normally. This was the news I wanted to hear.

I would like to try and raise awareness on SCAD and the impact it has on our daily lives. I felt lucky to have survived such an ordeal. 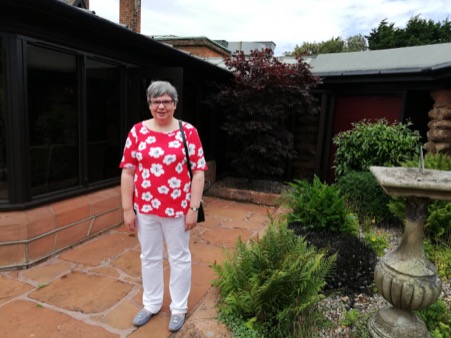