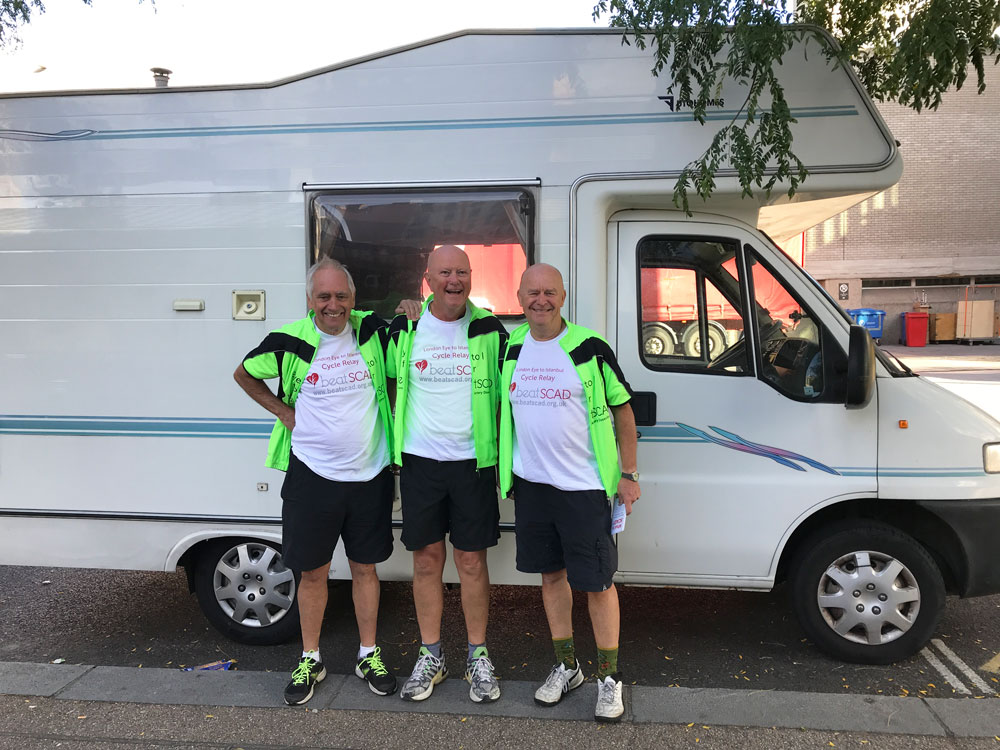 A decade ago, a few too many beers led three friends to a dangerous conversation about cycling across Europe. Just under two years ago the idea bubbled to the surface again and just about one year ago it happened!

Clive, husband of Beat SCAD’s Co-Founder Trustee Karen Rockell, alongside two other lifelong friends Paul Sorensen and Chris Dowdeswell, cycled in relay from the London Eye to Istanbul, on a project called ‘Eye2i.’ And while they cycled they raised money for Beat SCAD. 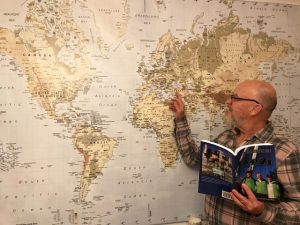 One of those friends, Paul Sorensen, kept a diary, in video, photo and note form and posted updates on the Eye2i Three old men on bikes Facebook page. From this a book has emerged – and a very entertaining one at that.

The journey raised just under £7,000 for Beat SCAD as well as giving these three sexagenarians many memories and a sense of achievement that only a 2,500 mile cycle could.

The book Eye to i‘is out now. Could this be the perfect stocking filler or Christmas gift for you or someone you know?  £6.99 at Amazon (utilising Smile for a Beat SCAD donation, of course).