I was 49 when I had my SCAD in 2011. I was reasonably fit and healthy and had been working hard at the gym in an effort to lose weight and get fitter.

After doing some cardio exercise at the gym, I was using an arm weights machine, when I had a sharp pain in the centre of my chest and I noticed my left hand and arm were numb. Thinking I had pulled a muscle, I stopped exercising and by the time I had showered the pain had gone.

My arm and hand were numb for the next week, during which I had two personal training sessions at the gym and had no other pain or symptoms.

Then on the following Saturday I went for a massage and, while driving home, I had central chest pain again. I had a lot to do that day and I thought perhaps I was just overdoing things. I went shopping and to the hairdresser, where I had more chest pain but once I was home again, the pain eased off.

The next day I had no chest pain, just the numbness in my hand and arm, but that evening the pain in my chest returned. I thought perhaps it was indigestion (although I had never had that before!) but the pain was so bad I immediately got down on all-fours. It was only 8.30pm but I decided to go to bed to see if that would help. But the pain was worse when I lay down and eased off when I was walking around.

As I couldn’t go to sleep, I Googled my symptoms and, despite the results suggesting a heart attack, I tried to find other reasons for the chest pain. It was nowhere as intense as what I thought a heart attack would feel like – I’ve had worse pain with migraines. In the end, I decided to call NHS Direct, who immediately called an ambulance. I wondered round the house getting essentials – phone, Kindle and chargers! I had no thought that I’d be staying in hospital so just gathered things to keep the boredom at bay as I assumed it would be a long wait in A&E!

The paramedics arrived and I apologised for calling them out for something I thought was probably trivial. They told me that’s what they were there for, so no apology needed! They did an ECG and diagnosed a heart attack. I was one of the lucky SCAD patients, where something showed up on the ECG.

After that it was a bit of a whirlwind as I was taken to a heart hospital and had an angio, where the cardiologist diagnosed a ‘spontaneous dissection’.

I was shocked and confused, but while I was in the High Dependency Unit I was otherwise doing OK emotionally. Then when I was moved to a cardiac ward and saw lots of much older heart patients, I broke down.

When I came out of hospital I did some research on ‘spontaneous dissections’ but could only find worrying and depressing research papers saying there were only around 80 recorded cases globally and most cases were diagnosed on the autopsy table.

During the first few weeks I was shattered – I’d go for a ‘quick’ nap in the afternoon and wake up a few hours later.

I recovered well and started cardiac rehab a few weeks later. After a treadmill test, my local rehab team put me in the ‘fitter’ group of patients, which at least meant I was doing rehab with a younger, fitter group people, which was beneficial emotionally. The rehab nurses had done some research on SCAD and were great at making the point when talking about atherosclerotic heart disease, that it wasn’t relevant to my condition, for which I was grateful.

It was about six months after my heart attack when I found some other SCAD patients on an online forum in the US and eventually that led me to other SCAD survivors, including Rebecca Breslin in the UK. The first time I met any other SCAD patients in person was nearly a year after my SCAD, when Rebecca, having got in contact with a few others, organised a get-together. That was a turning point for me – knowing that there were others out there who had my ‘rare’ condition and I was not alone, was such a relief!

Over the next few years, the group of patients grew and Rebecca had discussions with Dr David Adlam about starting a research project. In 2013, I was one of several patients who visited Glenfield Hospital to discuss this project and, once it was up and running I attended a research day where I had all sorts of tests, including an MRI. Thankfully, this showed there was very little damage to my heart.

Following my recovery I got on with my life. I went back to work after three months to a job I loved and a couple of years later was honoured to receive a ‘Manager of the Year’ award from my company, followed swiftly by an ‘Employee of the Year’ award and prize money towards a holiday. A friend and I had been talking about a cruise to Alaska but had decided it was too expensive… but we were able to tick Alaska off our bucket list with the help of this prize money!

Something good from something bad

In 2015 I was invited by Rebecca Breslin and Karen Rockell to join them in creating a charity to support SCAD patients, raise awareness and funds for research.

Out of something traumatic and unexpected, something good has happened. Since my SCAD, I have met some fantastic people, some of whom have become friends. I have, as a Trustee of Beat SCAD, helped the charity achieve a great deal in its first five years, which, I hope, has made the journey for other SCAD patients a bit easier. 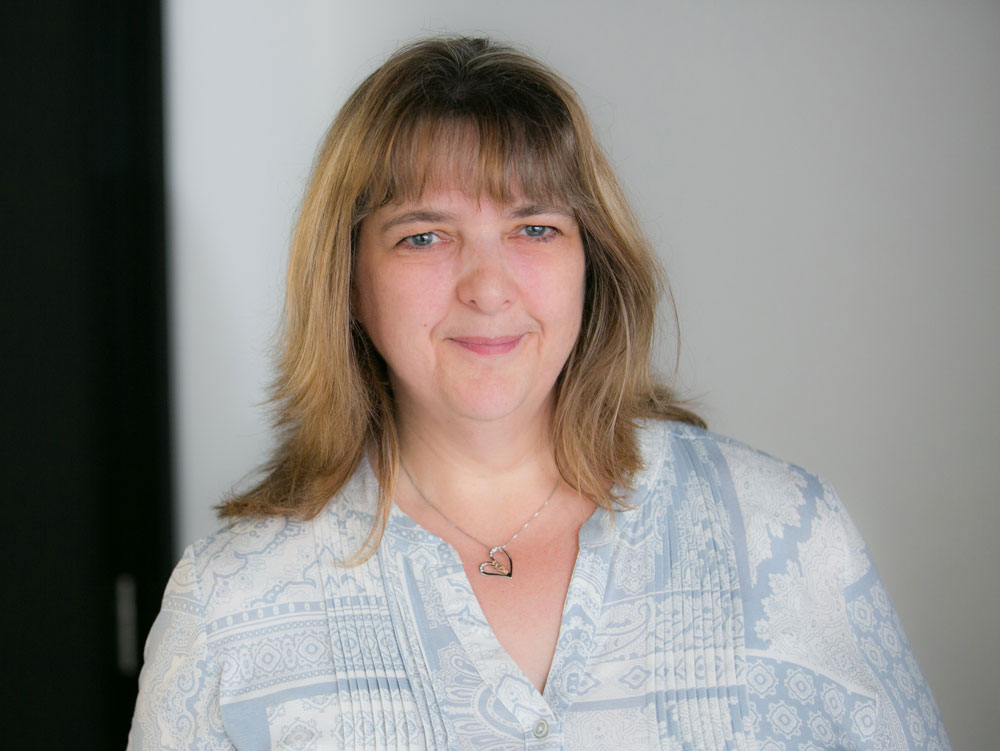 Out of something traumatic and unexpected, something good has happened. 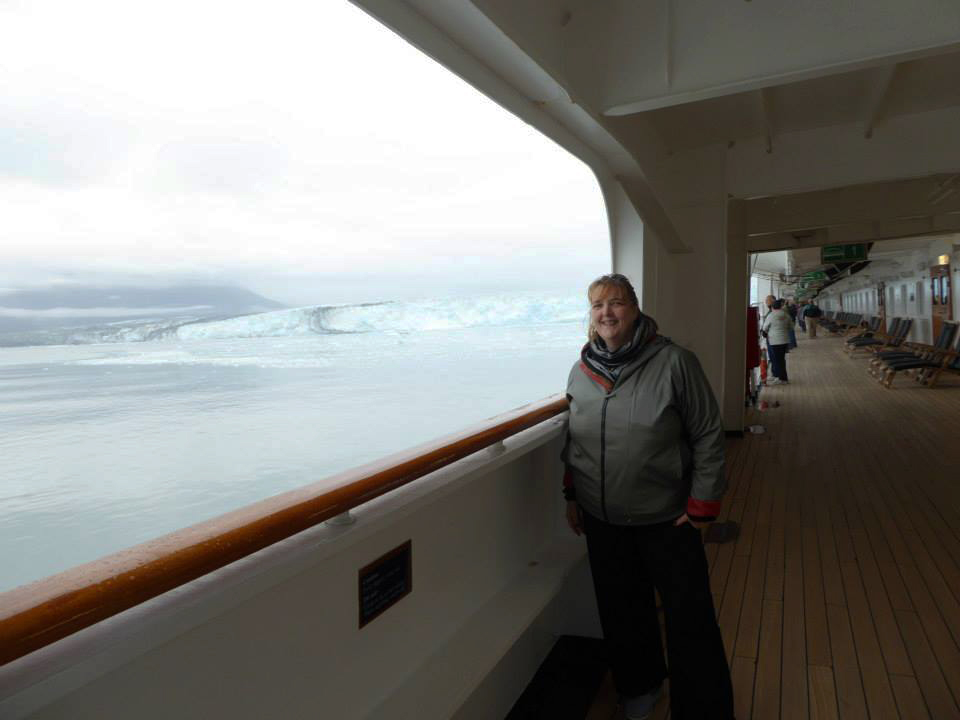 Ticking things off my bucket list… I went on a cruise to Alaska three years after my SCAD and had an amazing time! 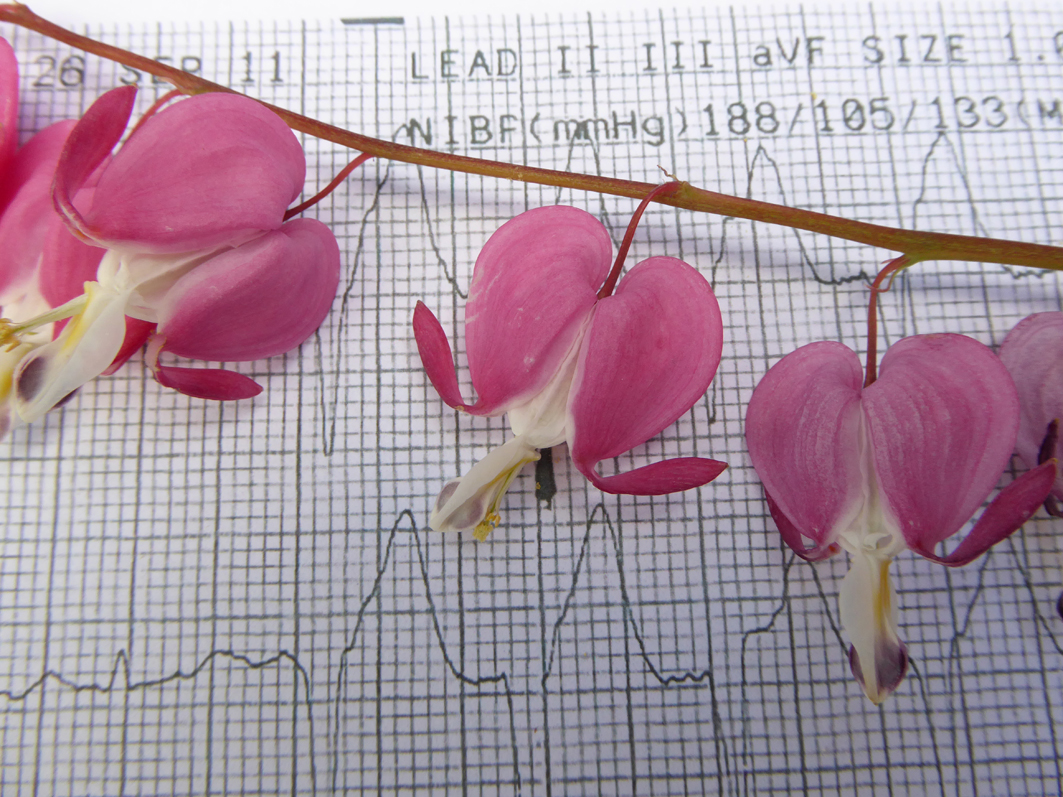 I created this for an exhibition of heart-related pictures… My ECG overlaid by Bleeding Heart flowers.