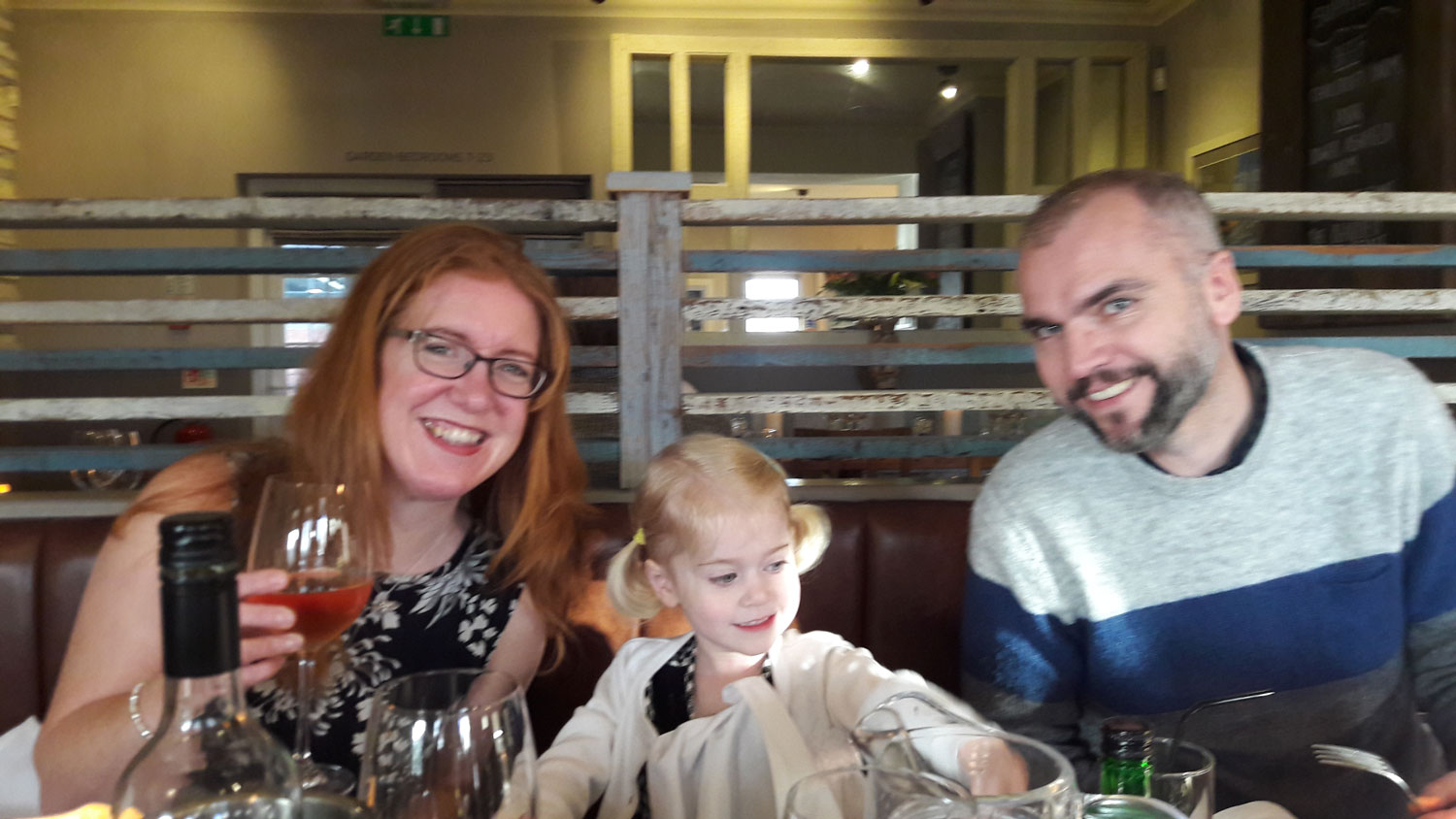 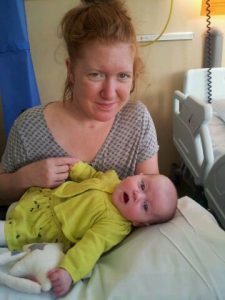 The following has been told to me by my loved ones who sat by my bed every day since I was taken ill on 18 October 2013 until my final return home on 18 March 2014. At the moment I cannot verify this as I have no memory of this day or the weeks before, but I am hoping with time I can remember some of the vital pieces of information, especially the birth of my daughter Romilly Violet three weeks to the day before collapsing.

18 October was a normal day, I ordered a DVD box set for my father’s 70th birthday on 23 October and hoped this was going to arrive in time. I was unsure whether I was going to be able to attend his birthday bash at my parents’ home in Hampshire as only three weeks before I had given birth to my daughter by caesarean section and was still feeling rather weak, although I was happy that the consultant in charge of my care at Kings College hospital had signed me off the day before. I had had a troubled pregnancy, diagnosed with gestational diabetes, hypertension and threatened pre-eclampsia and I know everyone was relieved when I eventually gave birth. 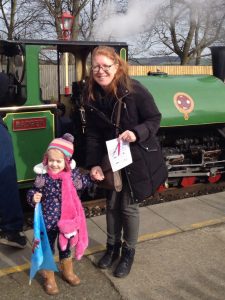 That morning I took a shower whilst my husband, Andy, watched Romilly as he was due to go out that afternoon to dispose of our old car having bought a new one two days before that was more suitable for our baby! I then felt sharp pains across my chest and down my left arm and Andy was suitably alarmed to call an ambulance, especially with my history of high blood pressure. I was well enough to get dressed as I assumed they may need to take me in to hospital.

The ambulance crew arrived and, sure enough, said my blood pressure was high and they would be taking me in for observation. I then tried to get myself off the bed and collapsed immediately. I was having a heart attack and went into cardiac arrest, although this wasn’t known at the time and I was treated for an embolism and given a clot-busting drug. My heart did not beat on its own for over 80 minutes.

Andy was remarkable, he was left with a three-week-old baby to care for and was torn with leaving Romilly to visit me and vice versa. I remained in a coma for three and a half weeks. During much of that time my family were told I would not survive, or I would be paralysed or, worse, left in a vegetative state.

I remained in hospital for almost 22 weeks and most of that time I was sleeping, being fed by a tube, on life support and kidney dialysis along with numerous other interventions, and was looked after by dedicated nurses in intensive care. I did have ups and downs and I now know that I am very, very lucky to be alive.

I have apparently made amazing progress and when I left the hospital to go onto a rehabilitation centre in Putney I could walk, talk, write, read, dress and toilet myself. My parents and Andy were told that I had suffered from a Spontaneous Coronary Artery Dissection (SCAD) which happens mainly to women and often happens to pregnant women or soon after giving birth. I did sustain substantial damage to parts of my brain which look after short-term memory and I am still in that bubble today, but with support of my therapists, family and friends I am improving slowly. 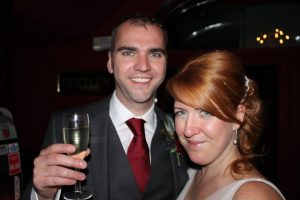 I went home on 18 March 2014 to my husband and daughter six months after my cardiac arrest. I still cannot remember some basic information such as my daughter’s birthday, but I do use my phone and calendar to chart my week and make as many reminders and notes I can so I can refer back to them. My Neurological consultant says I have made a remarkable recovery and my family are all hoping that new pathways in my brain will form to help my short-term memory. I employ a carer for me and my daughter and she takes me to gym sessions and aqua aerobics and I do manage to get out socially as well and also travelled to New York last December to celebrate my 40th birthday.

My speech has taken longer to come back clearly although I can make myself understood, it just takes more time. No-one is sure if my short-term memory will come back but I am being taught to put strategies in place to help me and to eventually be able to look after my beautiful daughter.

We were saddened to hear that Rachel passed away suddenly in July, aged 44. She was a much-loved member of the SCAD community who helped Beat SCAD raise awareness among members of the maternity and midwifery profession by allowing us to share her story and her remarkable efforts towards recovery after her SCAD.

The Beat SCAD Trustees send our sincere condolences to all of Rachel’s family. We are devastated for them.