My SCAD happened in June 2019 when I was 52 years old. Up to that point, I would say that I was generally fit and active, enjoyed hill walking, maintained a large garden complete with chickens and dog, and worked in the NHS.

At the time of the attack, I was working very long hours because I was trying to combine my NHS job, which is pretty demanding, with studying for a Masters degree. Recently, I have been diagnosed with FMD (Fibromuscular Dysplasia), which was probably also a contributing factor.

When I first realised there was something wrong, I was out on my own walking the dog and called an ambulance myself. I live in quite a rural place so it was a stroke of luck that there was one just around the corner which was there in minutes.

The paramedics were great. They quickly formed the opinion that I was having a heart attack and, indeed, the ECG indicated an MI.

Our local cardiac unit is out of county so the crew rang them and asked if I could be brought straight there which is the local protocol for MI. The unit refused and I was driven 20 miles in the wrong direction to the nearest A&E.

After 2 hours in resus with the A&E doctor on the phone to the cardiac unit, they finally accepted a referral and I was wired up to a defib “just in case” and driven 35 miles back the other way.

I was admitted to CCU and discharged less than 24 hours later with no advice and a tentative diagnosis of myocarditis.

The heart attack and the SCAD were missed.

At home, I was in pain and unable to sustain any sort of exertion and clearly quite poorly although I could walk, make a cup of tea, climb the stairs to bed.

The emergency department did an ECG on my arrival which was normal, ignored all the abnormal ones the ambulance crew had taken and my history of recent admission, and left me on a trolley in acute cardiac pain for seven hours before they asked anyone to come and assess me or check my troponin.

As soon as my troponin was taken, I was readmitted to cardiac care where I stayed for a week. By this time, I was so unwell that I didn’t have enough breath to get out of bed or talk or even to eat some of the time.

When I was discharged a week later, I was still too breathless to walk the distance from my front door to the sofa or from the entrance of our GP surgery to the reception desk. I spent the first two months in a wheelchair.

This was nearly two years ago. I initially went back to work, in the NHS, however, my recovery has been a very long haul and I recently decided to retire early due to ongoing fatigue. 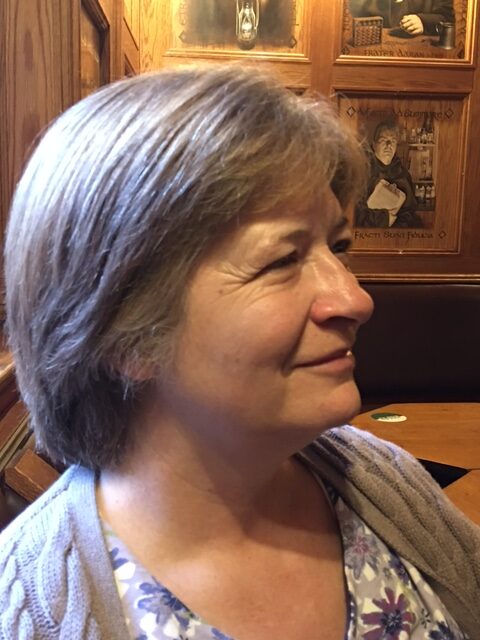 At home, I was in pain and unable to sustain any sort of exertion and clearly quite poorly although I could walk, make a cup of tea, climb the stairs to bed.