It was 12 November 2016 and as the second Beat SCAD conference was being held in Leicester I was getting ready to go out for a meal with my husband, Graham and friends. Unbeknown to me, it would not be an ordinary evening. Instead, this was going to be the start of a long journey. A journey of emotion, anxiety, fright but most importantly survival. I was about to join the survivors, medical professionals and researchers of a little-known, rare condition called SCAD.

My son Adam offered to give me and my husband Graham a lift to the restaurant as he was going to the same town to visit my other son Miles. We met our friends and we were soon having a lovely evening catching up on all our news.

We had only been there for half an hour when I suddenly felt a bit faint and nauseous. Thinking I may be sick I excused myself and went to the cloakroom. Putting cold water on my face, I tried to gather my senses but the feeling was not going away. I started to get pains in my shoulders and it was gradually getting worse. I went back to the table; my appetite had disappeared as quickly as the pains had arrived and explained that I wasn’t feeling great (an understatement!) and that I needed to go home. I could not describe how I felt, except that I was in trouble and needed to go. We called Adam and he came within minutes to pick us up.

As I got in the car I knew something was very, very wrong so asked Adam if he could take me to the nearest hospital with an A&E. Realising how serious this was becoming, Graham called 999 for an ambulance and we parked by a landmark in the town centre so we could easily be found. By this time, I was in terrible pain and could barely open my eyes. I felt as if someone had my shoulders in a vice like grip, my mouth was completely dry, my hands were contorted and I was uncontrollably shaking. I couldn’t control what was happening and it was terrifying.

The ambulance arrived very quickly and they soon had me wired up to monitors. I don’t remember very much except I could hear Graham talking to the ambulance crew and answering their questions trying to establish what had happened. Had I taken anything? Had I been ill? Was I allergic to anything? Did I have any health conditions?

They called for another paramedic, they wanted a second opinion. When he arrived I could hear him saying to Graham that I was having a heart attack!  I could not believe what I was hearing, I seriously thought I was going to die. Why would I have a heart attack? I was fit and healthy, not overweight, they must be mistaken.

About 30 minutes had now passed, the ECG in the ambulance indicated that the heart attack was still taking place. Blue lights and sirens started and we went on our way to hospital to be met by the cardiology team. I don’t remember the journey at all but when the ambulance doors opened I saw my four grown up children, Oliver, Adam, Miles and Abigail, standing there and I said how sorry I was! Honestly what was I thinking?

I was wheeled straight into the Cath Lab and the doctor performed an angiogram. I really thought they would not find anything and that this must be some sort of panic attack. I had taken everyone away from their evenings and it would all be a false alarm. I watched the screen, focusing on the wire travelling through my body to my heart. It could not be me, it was completely surreal. The doctor then said he had found the problem. I had a tear in one of my coronary arteries and it had caused a clot to form, completely blocking my artery. He used a balloon to open the artery and restore blood flow. I was still in disbelief.

It was now the early hours of Sunday morning. I was taken to the Acute Coronary Unit and my family were able to see me. Apparently, a member of the cardiology team had spoken to them after the angiogram and said that everything was all right, I had not had a heart attack and that I would be back at work on Monday but shouldn’t drive for seven days! Confusion reigned. What had happened to me?

Needless to say, I was not back at work on the Monday, I was still in hospital and feeling dreadful. I spoke to one of the doctors on the Monday morning and I asked her if I had in fact had a heart attack. She said “You have not had a heart attack ‘per se’ but something called a dissection, a rare type of heart attack.” She then drew me a diagram of an artery and what a dissection would look like. I immediately started looking up coronary artery dissection and found this to be SCAD, spontaneous coronary artery dissection.

The days and weeks that followed were extremely difficult, emotional and challenging. I was incredibly tired and slept most of the time. Some of the medication did not agree with me giving awful side effects. I was frightened of lifting anything – even a kettle. I would not drink coffee or eat too much for fear of putting strain on my heart. I could not find any definitive answers as to what I could or could not do. I had gone home with this tear in my heart and was terrified that I could have another heart attack, one that I may not be so fortunate to survive.

Feeling fragile and vulnerable, I had lost every confidence in my body and I grieved for the person I used to be. I was lucky to be alive but I was scared to live. My life had changed forever. My husband has been, and is, incredible – the support from my children and their partners immense. I am so lucky to be here and to have these tremendous people who I love with all my heart around me. 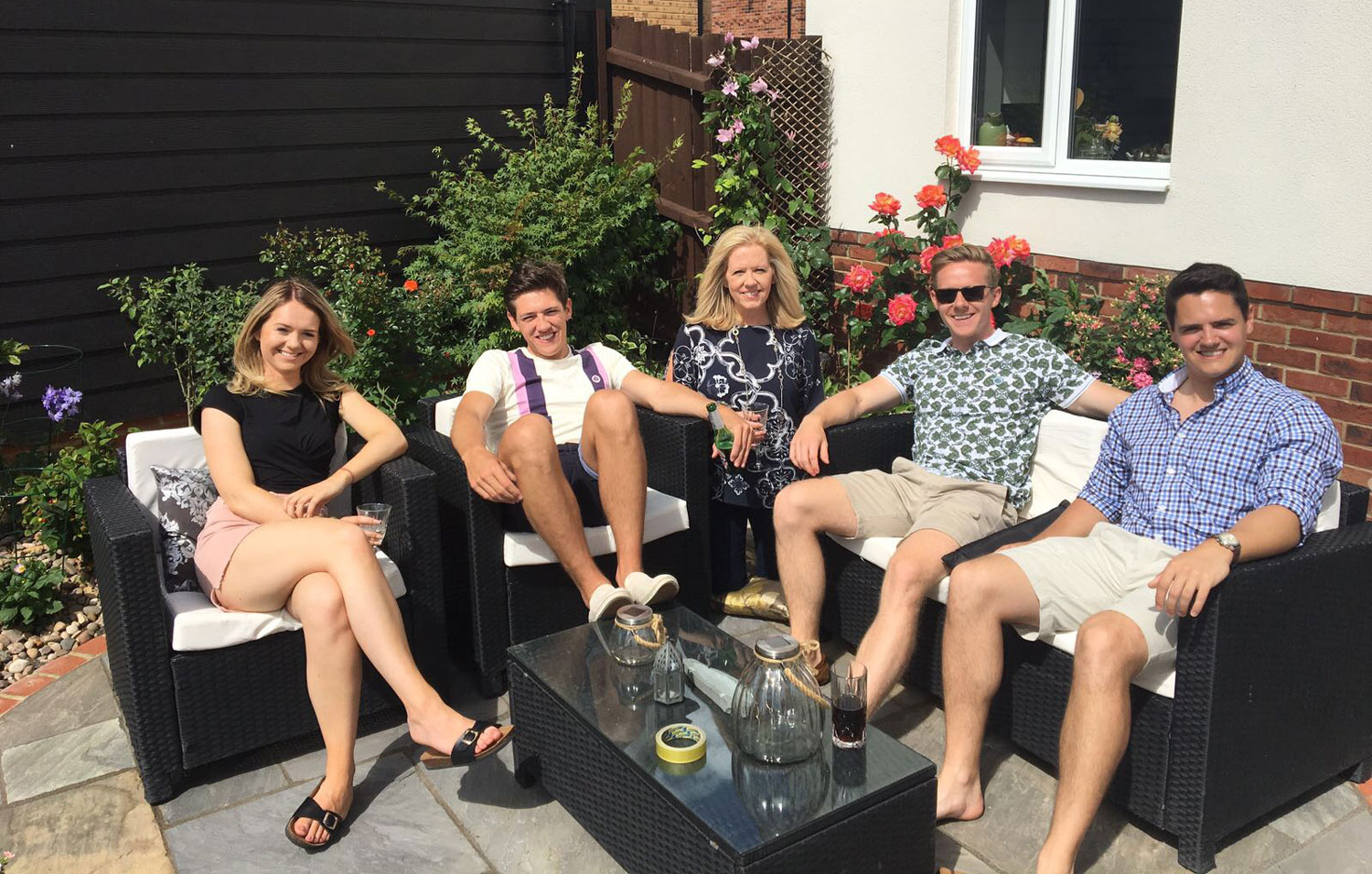 SCAD is a rare heart condition that cannot be predicted or prevented. SCAD affects people with few or none of the normal risk factors for heart disease. Affecting mainly women it has been linked to extreme stress and exercise, menopause, during or soon after pregnancy and connective tissue disorders but the cause remains unknown. I am pleased and honoured to be taking part in the research project at Leicester Cardiovascular Research Centre in the hope that we can gain more understanding of the condition.

SCAD can happen again and this is one concern that is more difficult to come to terms with. Before my heart attack I did not know that SCAD existed.

Finding Beat SCAD and a social media group of SCAD survivors has been literally lifesaving. They have been welcoming, informative and supportive. We are all in this together, sharing understanding and lending support, being there for the challenges we have yet to face and celebrating the ones we have overcome. Beat SCAD was created by SCAD survivors who met on social media. They have helped to initiate research in the UK and work closely with the research team. They work tirelessly raising awareness and raising funds for research. Who would have thought that I would be looking forward to attending the third BeatSCAD conference? I am blessed to be here at all. 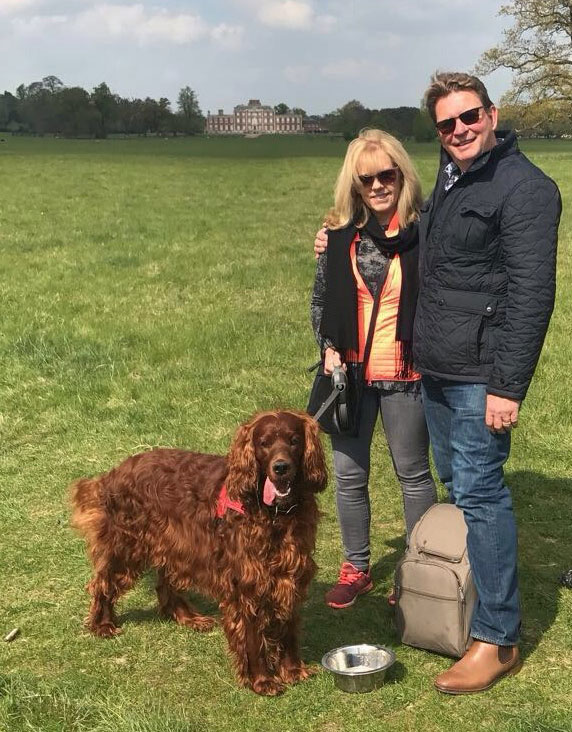 I was frightened of lifting anything – even a kettle. I would not drink coffee or eat too much for fear of putting strain on my heart. I could not find any definitive answers as to what I could or could not do. I had gone home with this tear in my heart and was terrified that I could have another heart attack, one that I may not be so fortunate to survive.