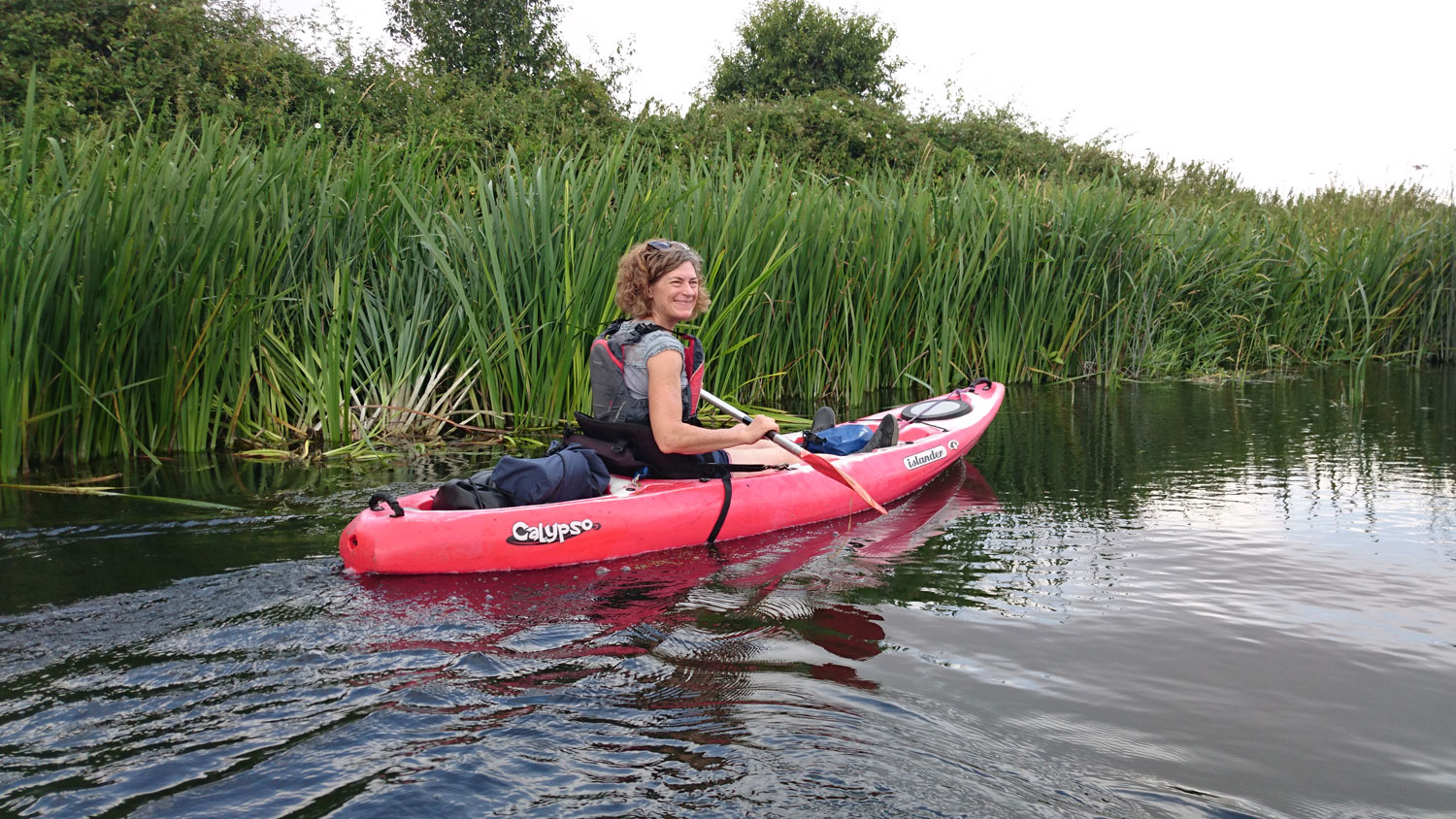 I had my heart attack in 2013, out of the blue. I was a fit healthy mum, 46 years old with two energetic children. Family holidays revolved round cycling, mountains and on the water in all types of boats.

At bedtime one evening I choked on my tea and was violently sick. I felt really ill, with pain across my shoulders and tingling in my arms, but went to sleep hoping to feel better in the morning. I still felt really ill in the morning and had a GP phone consultation: I was told I was hyperventilating but to ring back if I got worse.

Friends took the kids for the day, and by evening I was struggling to move off the sofa. We called 111 and they sent an ambulance. The paramedics were sympathetic but blood pressure and ECG were all normal and, although I had some pain, it wasn’t bad. I was taken to A&E, they took bloods & left me in a room for two to three hours. It wasn’t until they got the blood results and realised that my troponin levels were really high, then it was all action stations!

After three days in hospital I had another event, which resulted in an ambulance ride, with police escort to the Northern General, for more consultants to scratch their heads! I’ve never had so many doctors, consultants, students round a hospital bed not knowing what to do with me.

I had an angiogram and they could see that the lower third of my LAD had the characteristic beading pattern that we now know features in SCAD heart attacks, but no-one mentioned SCAD then. They couldn’t put stents in, due to the tortuous nature of the artery.

I spent 12 days in hospital, followed by around six months off work. When I first got home, I was too weak to stand up for a shower, I was only allowed to go down and upstairs once a day… it took two months for me to be able to walk my daughter half a mile to school.

The first year was the biggest challenge I’ve ever had to face – learning to regain trust in my body’s ability, and finding that elusive balance between feeling good about doing some exercise only to be completely wiped out the next day. I’m forever indebted to my friends who looked after my nine and 12-year-olds that summer!

I found out about SCAD by chance. A friend lent me Sally Bee’s cook book and as I read her story, I thought this sounds like what happened to me. Through Sally I was introduced to the SCAD Facebook group three months after my heart attack – there were only 80 members at the time.

I found two pages of info on SCAD which I took to my cardiologist and asked whether this is what had happened to me. He grudgingly accepted that it was a possibility. My renal consultant was much more open-minded and we had some helpful discussions about SCAD and links with FMD (Fibromuscular Dysplasia) (I also have renal aneurysms).

For me, understanding what’s going on internally and the implications of that, has been essential for me to come to terms with my heart attack. I can’t thank Beat SCAD and the Facebook group enough for the continued support and quest to the find the answers!

I’m now six years post SCAD and fully recovered. It has been a real journey; both physically and emotionally, and a life lesson in building personal resilience. I couldn’t have done this without all the support of my friends, family and work colleagues – THANK YOU! 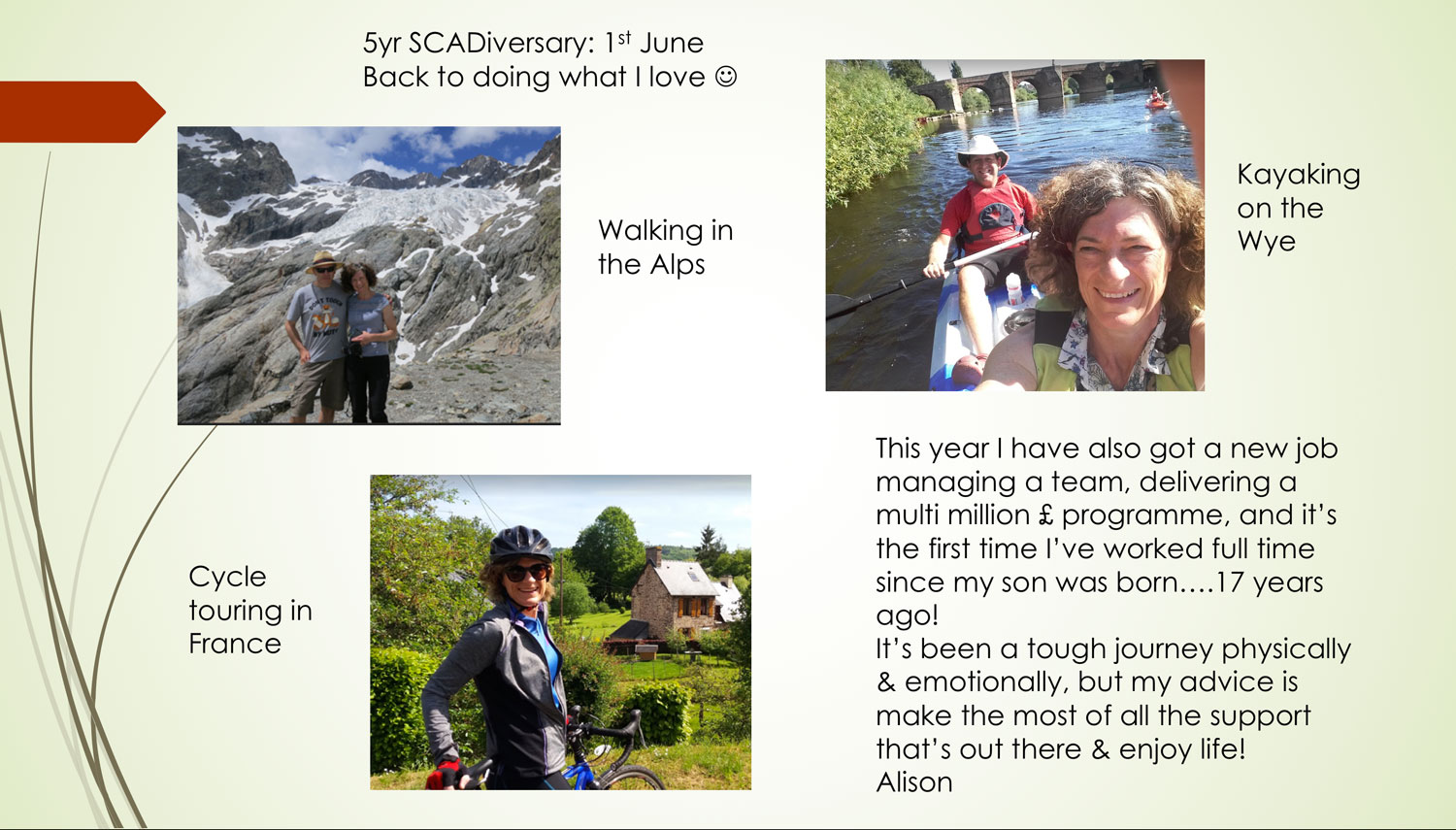 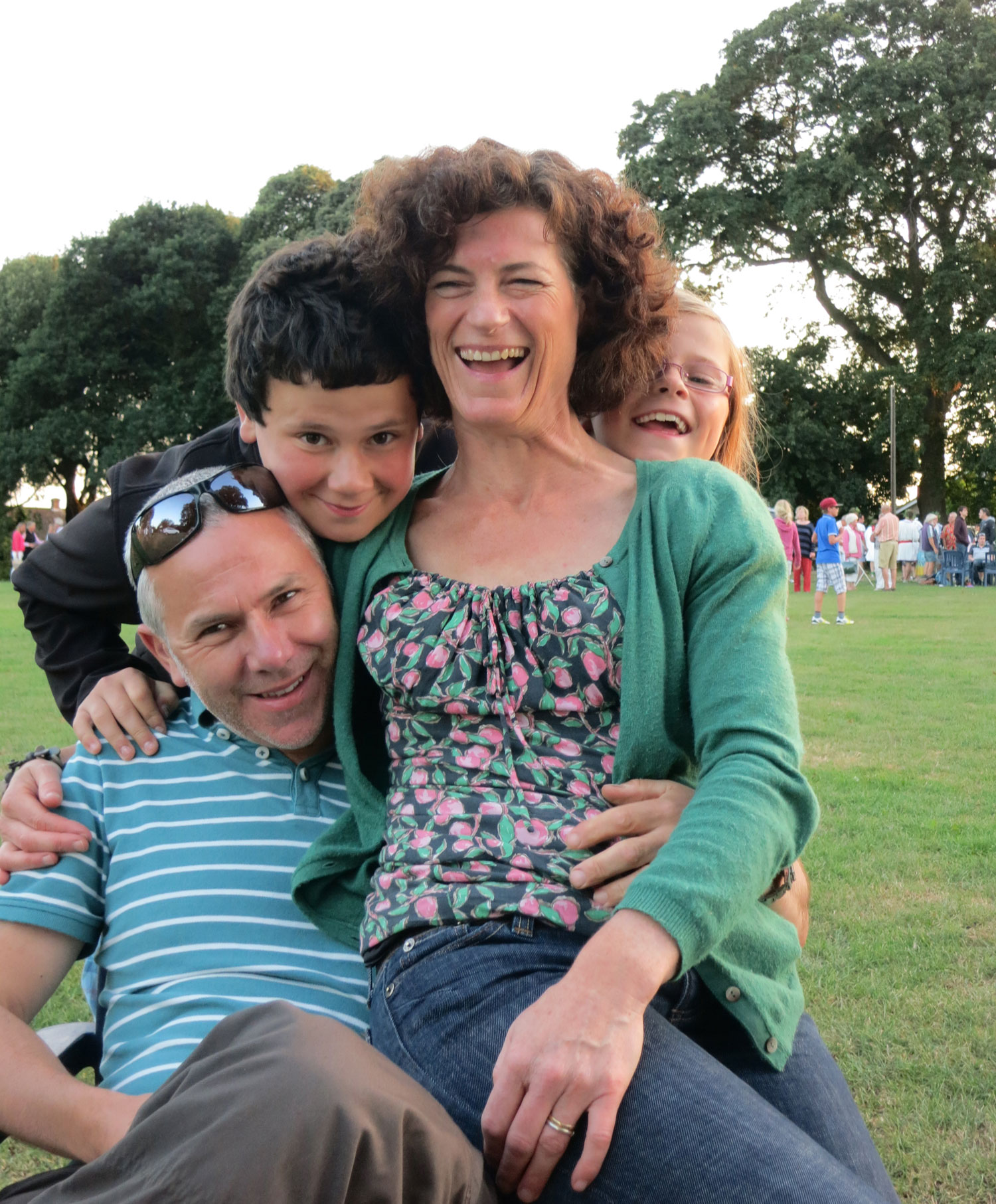 For me, understanding what’s going on internally and the implications of that, has been essential for me to come to terms with my heart attack. 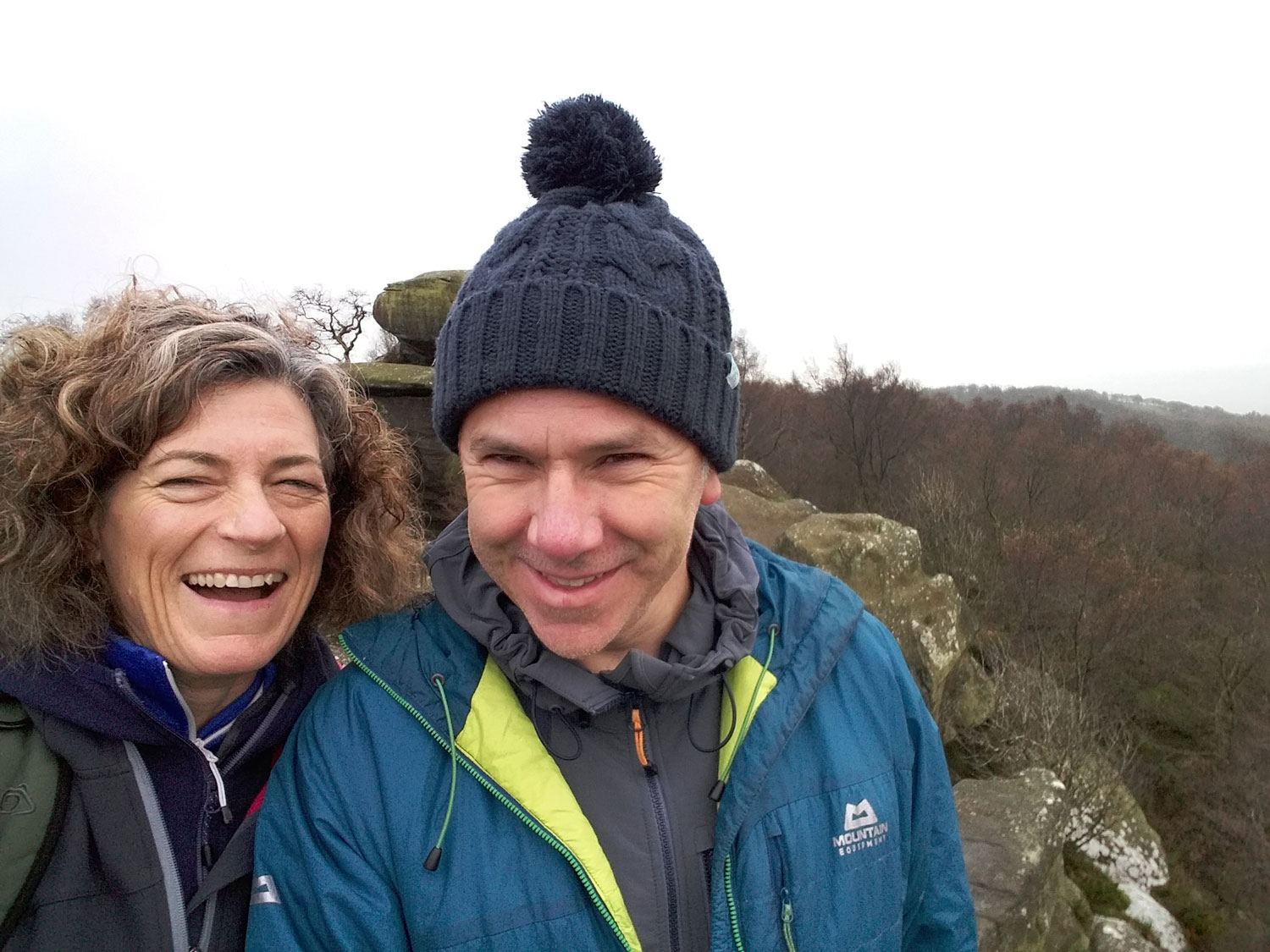