Trustee Sarah Coombes led another training session for paramedics on 10 March, with the help of four SCAD patient volunteers.

Senior Paramedics from the London and South East Coast Ambulance Services took part in an online CPD (continuing professional development) session where Sarah provided information about SCAD, and volunteers Rose, Zoe, Paul and Mag told their stories and talked about their experiences as SCAD patients.

Paul Millea, who had his SCAD in 2019 – the evening after he had played a game of semi-professional Rugby – said “I’m really happy to be involved, it gives me a chance to promote our community and raise awareness. Being able to discuss your story with others also really helps you to reflect on your event and better come to terms with it.”

Paul works in construction health and safety and part of his role is running accident investigations, so he has a good understanding of the role of ‘human factors’. Human factors refer to: environmental; organisational and job factors; human and individual characteristics – all of which influence behaviour at work in a way which can affect health and safety.

An increasingly important part of the work Beat SCAD does is trying to reduce the negative impact of detrimental ‘human factors’, in particular, where bias creeps into the care that SCAD survivors experience. A good example of this would be where a woman experiencing clear cardiac symptoms is assumed to be suffering with a panic attack or anxiety because the paramedic doesn’t associate a middle aged woman who has few/no cardiac risk factors with someone having a heart attack.   Similarly, a man exhibiting cardiac symptoms may be assumed to be having a traditional form of heart attack, caused by a build up of plaque, when in fact they are having a SCAD heart attack which has a totally different cause and requires different treatment.

Beat SCAD is delighted to have an ongoing relationship with paramedic educators for London and the South East Coast Ambulance Services because they cover a population of 14 million people. The way paramedics hand over their patients to A&E staff (and the hospital they take the patient to) will influence the speed at which SCAD patients receive the tests and care they need – so the more paramedics who suspect SCAD, the better.

Thanks to our volunteers for helping educate paramedics.

Click here to read a previous story about educating paramedics.

If any group of healthcare students and professionals, such as paramedics, cardiac rehab teams, cardiologists, midwives/health visitors and GPs, are interested in a remote patient-led education session on SCAD, please email us.

Women’s Health Strategy – have your say!

The government is asking women to share their experiences of the health and care system and help them create a new Women’s Health Strategy to ensure health services are meeting women’s needs. 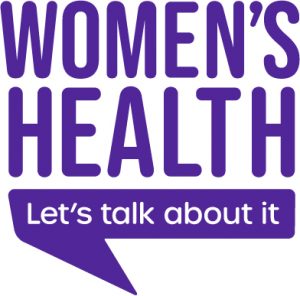 At Beat SCAD we have heard many stories from women who, because of their age, gender, lack of cardiac risk factors and the fact that they don’t fit what healthcare professionals expect to see in a cardiac patient, have been misdiagnosed or dismissed out of hand even when they are having cardiac symptoms.

Alison, a 46-year-old mother of two had pain across her shoulders, tingling in her arms and was violently sick and yet, when she had a phone consultation with her GP, she was told she was hyperventilating.

Many SCAD patients are told they are too young to be having a cardiac event or that because they are pregnant or menopausal, their symptoms are caused by hormones. In some cases this has resulted in delayed treatment and heart failure.

The core themes in the call for evidence include ‘Placing women’s voices at the centre of their health and care – how the health and care system engages with and listens to women at the individual level as well as at the system level,’ and ‘increasing awareness and understanding of women’s health conditions among clinicians.’

Matt Hancock, Health and Social Care Secretary, said: “The healthcare system needs to work for everyone, and we must address inequalities which exist within it. I urge all women, and those who have experiences or expertise in women’s health, to come forward and share their views with us to inform the future of this important strategy.”

The government also recognises that gender biases in clinical trials and research are contributing to worse health outcomes for women and less evidence and data on how conditions affect women differently.

It goes on to say, “A University of Leeds study showed women with a total blockage of a coronary artery were 59% more likely to be misdiagnosed than men, and found that UK women had more than double the rate of death in the 30 days following heart attack compared with men.

The call for evidence will run for 12 weeks from 8 March. For more information click here.

We would urge women who have had a SCAD to fill in the form and give their experiences and help shape the government’s strategy.

The link for the government form is here.